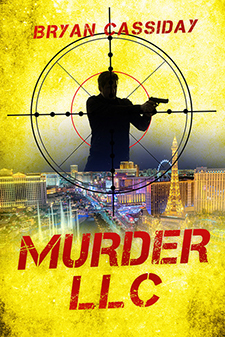 A routine missing person's case leads epileptic Los Angeles private investigator Scott Brody to Las Vegas and an international conspiracy. Hired by the missing person's sister Araceli, Brody discovers that her brother Damian is a hit man for the Jalisco New Generation cartel who is on the lam from the cartel and is hiding out in Las Vegas under the aegis of the Mafia capo Armando Musante, a perverted drug trafficker. Tired of the brutal life of a professional hit man, Damian wants to go straight and start a new life, but the cartel has other ideas. To make matters worse a deep state cabal of CIA and FBI operatives is hot on Damian's trail and will do anything to stop Brody, including using his epilepsy against him. 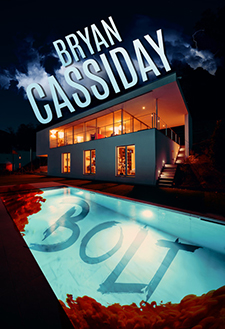 Power-broker Hollywood talent manager Lyndon Fox's wife Deirdre hires epileptic LA private detective Scott Brody after a previous private detective she assigned to keep tabs on her husband's suspected infidelity is killed in Cabo San Lucas when she and her husband vacation there. An unknown assailant stalks her after she returns home. A secretive FBI agent named Peltz tells Brody that Lyndon Fox is involved with a cabal burrowed inside the FBI who, with the help of the deep state, are conspiring to take down the president of the United States. Peltz wants Brody to help him obtain evidence to expose Fox, as assailants ramp up their terrorism of the Fox family. As Deirdre's world collapses around her, she must find out the truth about who is responsible before she loses everything—including her life. 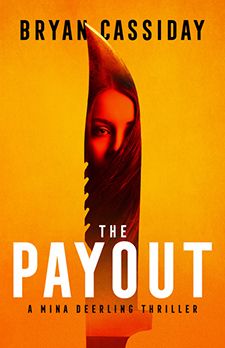 Pondering suicide sitting on a Malibu dock one night after running away from home, doe-eyed young Mina Deerling meets smooth-talking Gage Catton, who is trying to load his wife's body, which is wrapped in a blanket, onto his boat. When Catton finds out to his shock that his wife is still alive in the blanket, he talks the distraught Mina into helping him finish her off with his knife. Together they put out to sea and, miles from shore, toss his wife's body overboard with an anchor bound to it.

Mina learns that Catton faked his death a year ago and was trying to collect his half of the life insurance payout from his wife when he discovered she had double-crossed him and absconded with all of the money for herself.

Now Catton wants that money, and he'll do anything to get it, including using Mina to help him achieve his goal in a psychopathic relationship that forces Mina to confront the horrors that lurk in the darkest corners of her mind in a nerve-racking voyage of self-discovery. 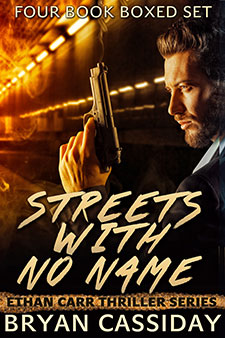 Streets with No Name

Guilt-ridden Ethan Carr plies his trade as a private detective in Los Angeles, as he tries to forget he accidentally killed a child with an errant bullet in the line of duty while working for the LAPD. Follow Carr as he fights his bloody memories and the ruthless criminals that infiltrate every stratum of the teeming city of Los Angeles as he prowls the streets with no name in a city of no remorse. The four books in the series are published here together uncut and unabridged for the first time anywhere: Countdown to Death, Dying to Breathe, Wipeout, and Force of Impact. 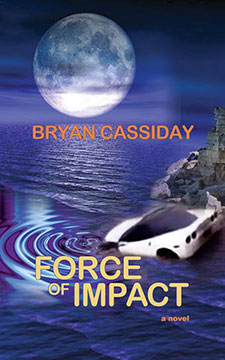 "A potent shot of contemporary LA noir that will have readers hooked from page one. Fans of Dennis Lehane and James Ellroy will love Force of Impact."
—BestThrillers.com

Struggling horror novelist Bart Dillinger doesn't accept the official police report that says his girlfriend actress Jackie Merced committed suicide by shooting herself while driving off a cliff. He hires PI Ethan Carr to find out how she really died. Carr discovers secrets Dillinger didn't know about her which reveal she was more complicated than even he knew. Carr also discovers she belonged to a clandestine club of masked members in Hollywood who like to play games. These members include politicians and other movers and shakers. And the games they like to play are deadly. 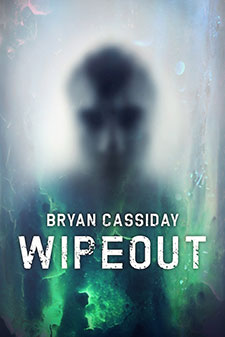 Nagged by guilt for shooting an innocent boy with a ricocheting bullet when he used to work as an LAPD cop, PI Ethan Carr is hired by a distraught amnesiac who wants to find out who he is.

An assailant firebombs Carr's Mini Cooper, and in his trunk cops find a corpse—which is a dead ringer for the amnesiac.

Later that day, the amnesiac is gunned down, and, to Carr's shock, another amnesiac, who is also a dead ringer, steps into Carr's office and wants to find out who he is. 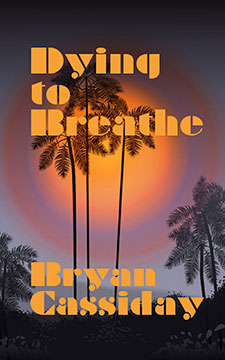 Did the S&M just go too far or was it murder?

PI Ethan Carr is hired by Constance Barnes, a history professor at the University of Southern California who claims she is being stalked by someone who is sending her cut-up photos of herself. When fellow professor Melanie Kowalski, who also received cut-up photos of herself, is killed in brutal fashion suggesting S&M, Carr suspects Barnes is being stalked by a serial killer.

However, Barnes has psychological issues and is being treated by a psychiatrist, who says she might be imagining her stalker. 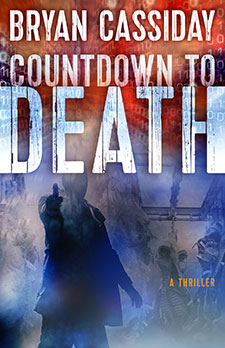 Los Angeles police officer Ethan Carr leaves the force after one of the bullets he fires to prevent a gangbanger's bank heist ricochets and kills an innocent boy. Despite psychological scars, Carr starts his own private investigation firm and is hired by Richard Herbert as a bodyguard to keep him alive for twenty-four hours, long enough for him to visit his son before fleeing the country and running for his life from US Cyber Command, where he used to work till he stumbled onto a secret that a cadre embedded within the organization will kill to protect. 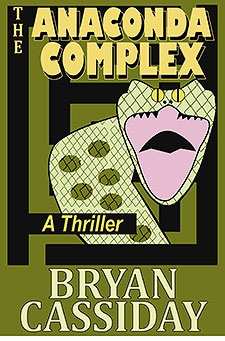 United States Senator John Stockwall is kidnaped on the doorstep of his house in McLean, Virginia. That's just the beginning of a conspiracy hatched to shake America to its very foundations. The trail of the kidnapers leads Nick McQueen, who is a CIA hit man and a fugitive from the authorities, to a brutal murder on the casino-lined, neon playgrounds of Las Vegas. The al-Qaeda kidnapers plan to broadcast live on national TV a show stage-managed to humiliate and terrorize the American public. 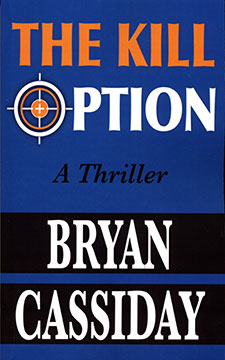 In the explosive international thriller The Kill Option, the feuding McQueen brothers must band together to prevent the apocalypse of World War III. One brother, Nick, is a journalist who seeks the truth. The other, Barry, is a CIA hit man who leads a double life. The two brothers must come to terms long enough to thwart a Basque hit man who has been hired in Paris to trigger the war to end all wars.

Listen to an excerpt from The Kill Option: 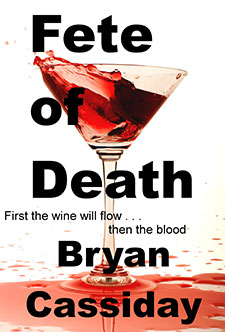 
A California senator is brutally slain. But that is only the beginning of the increasingly macabre murders of members of the Senate Intelligence Committee. The CIA hire their termination specialist, Tyrone Quade, an ex-Weathermen infiltrator and current jailbird, to find the killer. Quade has to be pardoned from federal prison in Los Angeles where he is doing time for blowing up a passenger jet—a charge he denies. In his search for the killer, he becomes a target for Mafia henchmen and a Colombian cocaine cartel, among others, and starts to doubt his own innocence and even his sanity as his investigation keeps spiraling him back to his alleged bombing of the jet.